THE POWER OF HAIR - Part One (Native American Story)

The religious meaning of hair dates back before the Bible as a symbol of faith, truth and higher mind.
Native American Indians were known for their long, thick, straight and shiny black hair and bronze skin. They were brave warriors who have lived in nature and with nature and worshipped their environment. They were honest, naive and unaccustomed to the insidious nature of the white man from the old continent and therefore had almost been wiped from the face of the earth.

Immigrants from Europe have declared American Indians savages. Realizing quickly that a new continent abounds in wealth they began to systematically kill the Indians. By the end of the 19th century, white people have successfully destroyed by murder and disease, of which smallpox proved deadliest, between 12 and 15 million Indians. It is estimated that so many Indians lived on the territory of the United States at the time of Columbus.

After countless massacres, the Indians were shamefully thrown into small and poor reservations. People, who have lived free as birds, inhabited this continent since the Stone Age and have developed their religion, rituals and customs all of the sudden found themselves crowded into small reservations, deprived of their rights, rejected and ridiculed. But even that was not enough. Indian children were taken away from their parents and sent to boarding schools where they were forced to take Christian names, forced to learn a new language and to neglect their native language, they were forced to neglect their customs and culture, forced to abandon their Indian clothes and wear Western clothes, and what is even worst … they were forced to cut their hair. The American government, public schools and prisons have all forced Indian men to cut their hair despite their religious beliefs.

For Native Americans, long hair represents a strong spirit. They believe the longer the hair the stronger the spirit. Not everyone is allowed to touch their hair. Men of some tribes used to cut their hair only for mourning for the death of a close relative which meant that a mourner's spirit was desolated by the loss of a loved one. When they cut their hair in the past they had to dispose of it ceremoniously... they put their hair that was cut off in a river. Since they are a part of the earth they always put themselves back into the earth.
It is unbelievable that even today in some places in the U.S.A. Native American men and boys are not allowed to wear their long hair in school or at work because it is against the institutional dress code. 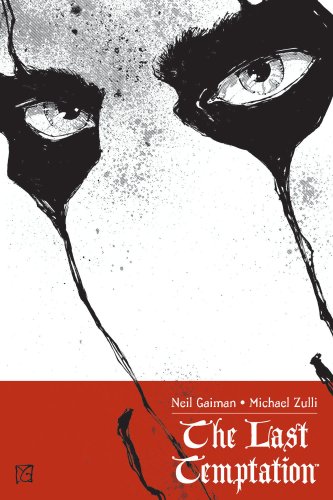 Neil Gaiman meets the legendary rock and roll star Alice Cooper to collaborate Cooper’s music [his album, The Last Temptation] written into story with this comic book, The Last Temptation [obviously, under the same name of the album]. Because in their time, truth speaking, there aren’t any good comics done. This book is a three-act comic that tells the adventures of the young boy name Steven in the hands of this Showman in his Theatre of the Real or Grand Guiginol.

Steven is afraid. Afraid of ghost stories, afraid of growing up… just afraid. That is, until he meets the mysterious Showman and his Theatre of the Real. Steven takes a ticket and watches the show on a dare, but getting out of the performance will be harder than he ever imagined. And then Steven learns what it is to be truly afraid.

The Showman, which show resemblance of Alice Cooper’s face, seduce this young boy to join his theater and in exchange, he will never grow up and die, that he will never experience the failures in life and lastly, never be afraid of anything. A wild ride of how Steven fight his way out of temptation, that this promises lures to go but he learned and knew in his heart that all these are lies.

The Last Temptation is an unusual story that shows how kids can be vulnerable when it comes to growing and adulthood. They can be easily tempted, easily offered something they are curious of, or something they are desiring. We never know how kids will react or decide when these kind of temptations are given, but I am awed on how Steven  braveness to fight his temptation, the desires, the lusts and hold his future in his hands, not on someone’s [the showman's] hands.

Gaiman twistedly narrated a story of innocence to dark mystical fantasy in his storyteller voice and accompanied and complemented with Michael Zulli’s dark illustrations that take us to a world that is known to us, humans – temptation. A must read if you’re both an Alice Cooper and a Neil Gaiman fan.

‘On Halloween, they say, the Dark spews out all the nightmares, all the pain, all the death; all the hurt and the hate take shape and form.’
-Neil Gaiman, The Last Temptation 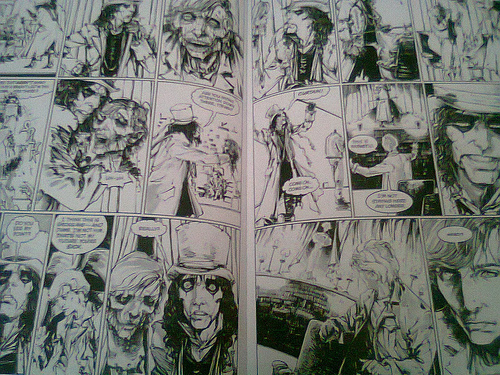 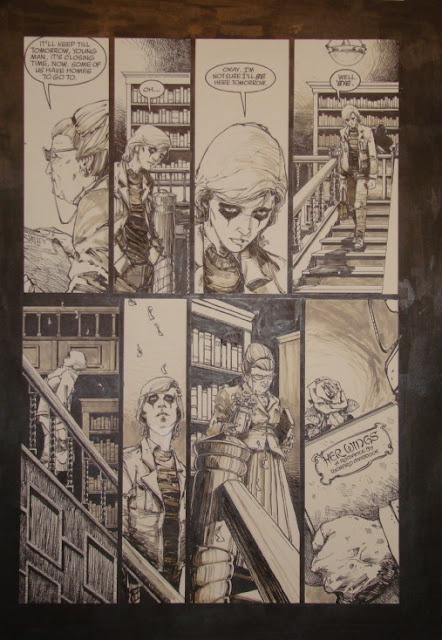 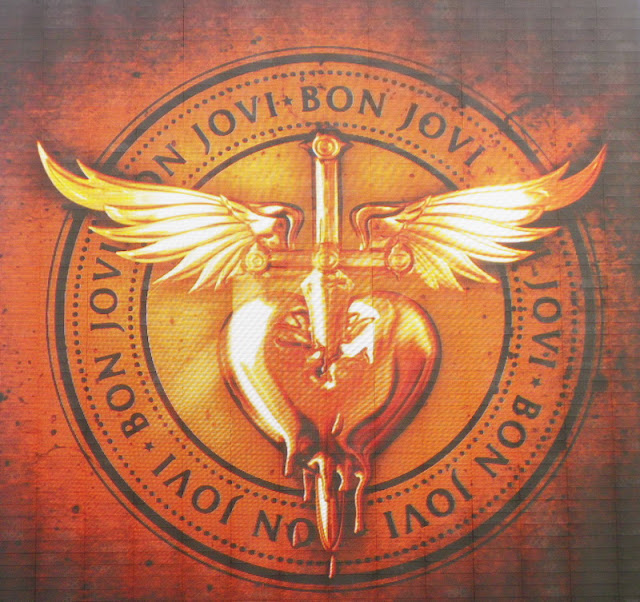 After more than half a year of planning and waiting and even anxiety whether the whole band will perform together knowing that Sambora missed the last month of the tour that preceded the Zagreb concert, finally came that day.
We are flying from Dubrovnik to Zagreb; we are going to a Bon Jovi concert! As soon as we arrived at the airport I saw about 10 acquaintances that were also heading to a concert and that impressed me very early in the morning. When we landed at Zagreb airport we were greeted by rain, a real downpour, but I was not afraid because I knew that that night everything had to be perfect.
A few years ago I thought I would never be at a Bon Jovi concert and now I’m practically few hours away from their second live performance. 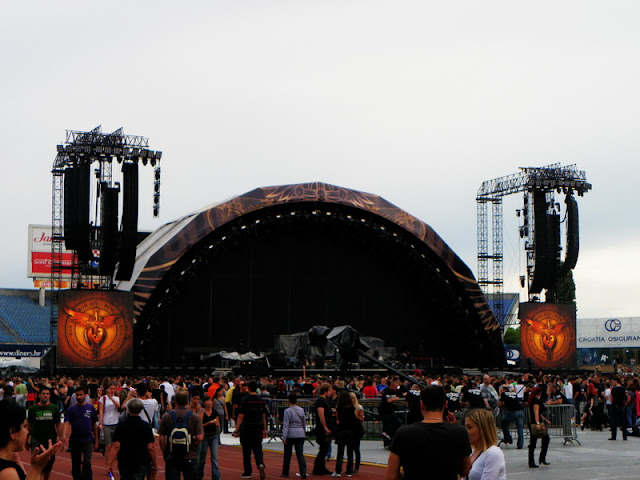 Day somehow flew and we arrived there in front of the entrance to the stadium. I feared whether they will let me bring my camera in since it is slightly larger. Security guards asked what it was and after my explanation they consulted each other and said: “Come enter but do not do those large images!”  (He, he I guess he thought with a big zoom) Hooray….so the last obstacle for the super concert disappeared. We met up with the rest of the team from Dubrovnik; we entered the golden circle and got our gold bracelets.
We arrived at a time when the opening act THE BREAKERS started playing. I have never before heard of this Danish group, but I was pleasantly surprised when they started playing. Definitely an interesting band.  Their gig was followed by a short break to prepare the stage and instruments for Bon Jovi. We walked around a bit, bought a drink until exactly at 8,30pm started intro. 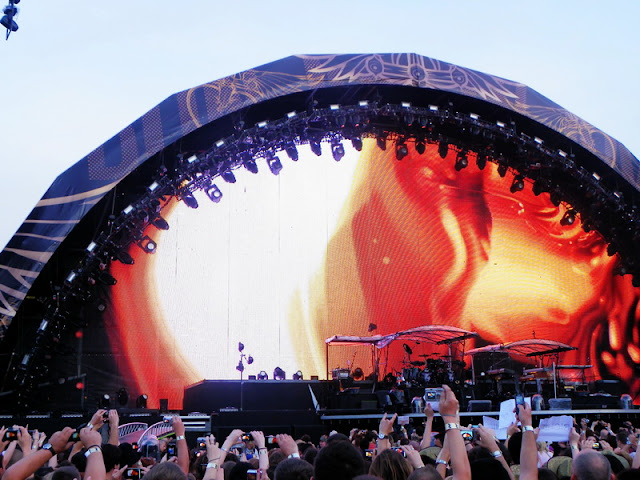 They hit me instantly with Raise Your Hands, it resounded through the whole stadium; „ From NJ to Chicago, Raise Your Hands, From NJ to Zagreb“. The chorus was repeated again and again, the whole stadium sang the first song from beginning to end. Then followed the eternal hit You Give Love A Bad Name, then legendary Born To Be My Baby, and a recent thing We Weren’t Born To Follow, followed by hits: In These Arms, Runaway, It’s My Life and a huge surprise for me Blaze Of Glory. I survived somehow Captain Crash…..but there comes a bomb We Got It Going On…. How good it sounds live…. After that song definitely no one could stand still. The stadium is in utter delirium, as follows Bad Medicine/Pretty Woman and Lay Your Hands On Me. 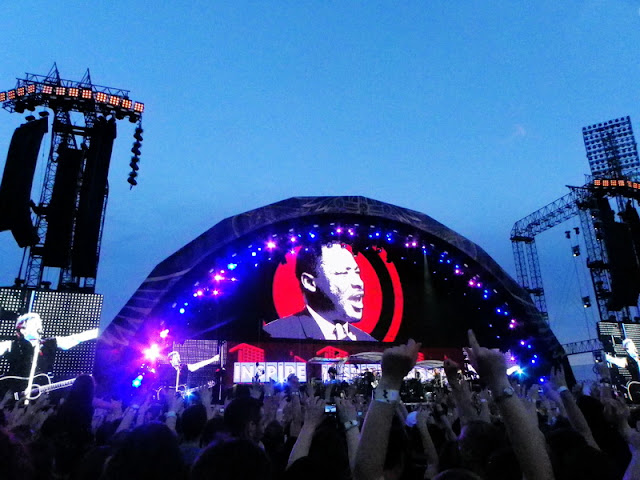 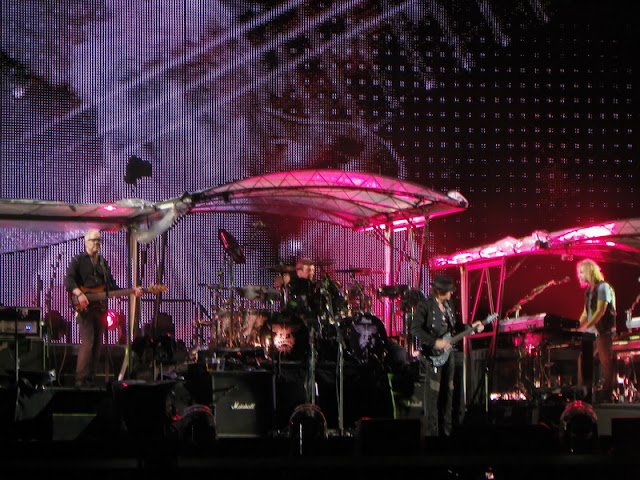 I must admit that although I was delighted I did not jump, I decided to quietly watch and make the best possible photos. But when they appeared on the catwalk I simply went crazy, I left my team and went ahead to the middle part and managed to get through to the band. Bed Of Roses, I’ll Be There For You (Richie approached Jon), Something For The Pain (Tico arrives with small drums and David with accordion)…Someday I’ll Be Saturday Night. This part of the concert was beyond my expectations. From the great happiness and joy my hands were trembling so at the end half of my photos remained murky. 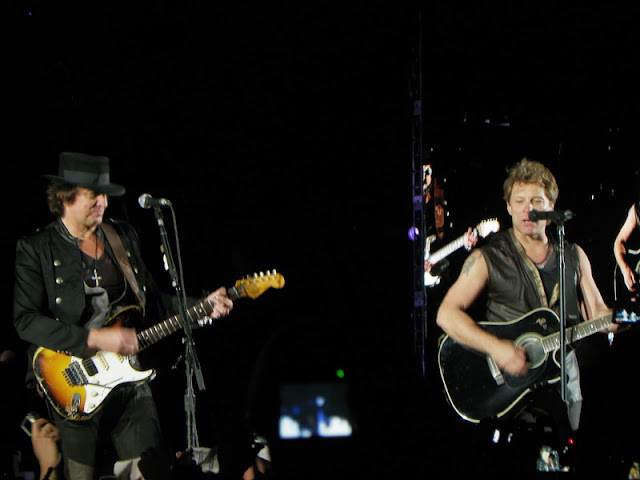 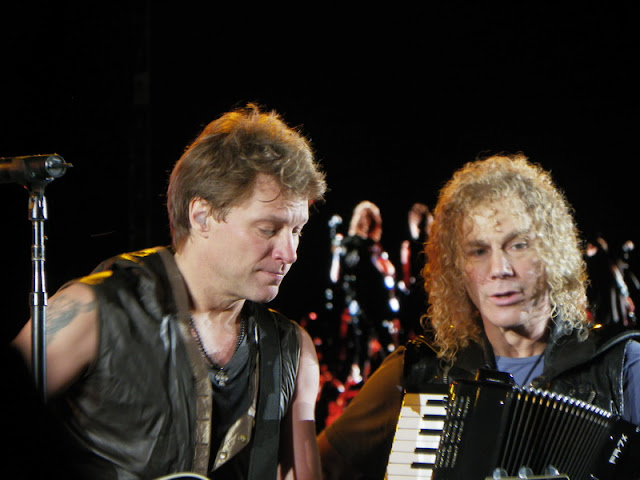 Female part of the team was thrilled with the songs as much as with Jon’s looks. When I joined them again I found out that one of my friends was hit by plectrum which Sambora threw into the audience. She managed to pick it up from floor and saved it in her wallet. Of course we were all jealous at her at that moment.
The concert was continued with great hit Who Says You Can’t Go Home, then followed I’ll Sleep When I’m Dead and Love’s Only Rule. Excitement and joy reached a peak with Have A Nice Day and Keep The Faith. 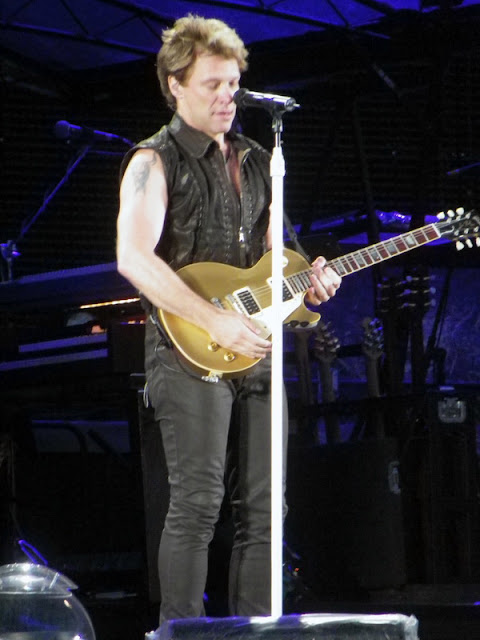 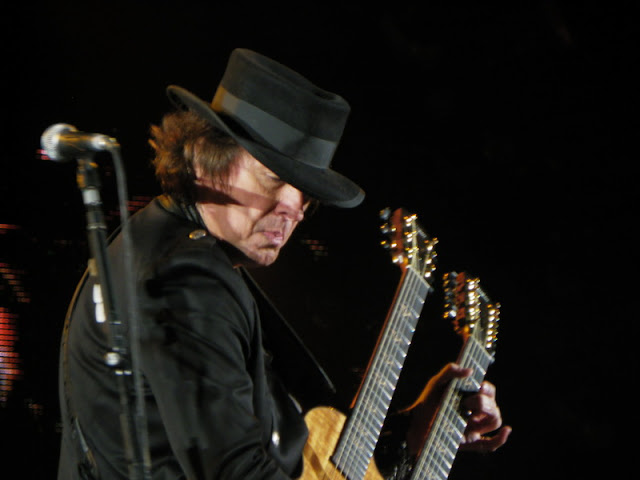 Then followed well established trick...as band leaves we shout and ask for more. I hoped that they will sing Wanted Dead Or Alive and Living On A Prayer.  This night was special and full of surprises so out of the blue hit me song Hey God. I am thrilled and I listen disbelieving. Then follows the hymn Wanted Dead Or Alive, and again surprise song These Days. I cannot believe I’m hearing it but in this night dreams do come true. In the end they sang Living On The Prayer, the first song that I ever heard from them twenty or so years ago and a song that made me fall in love with this band. 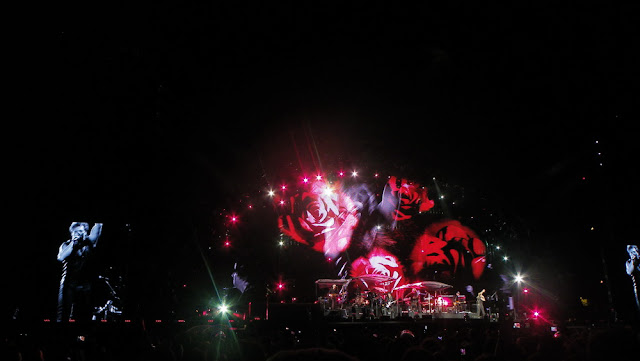 Was this indeed a very special concert? I watched people around me, so much energy, so much joy, so many smiles, and so many people singing the lyrics along with Jon. I have seen on Jon's face that he was glad and that he did not expect so much joy and happiness. Richie received huge applause and ovation for each solo. I assume that none of them expected this euphoria. We who were there we got a great show, excellent performance linked with an excellent stage. Each song led to another story on the screen therefore it was visually very impressive. 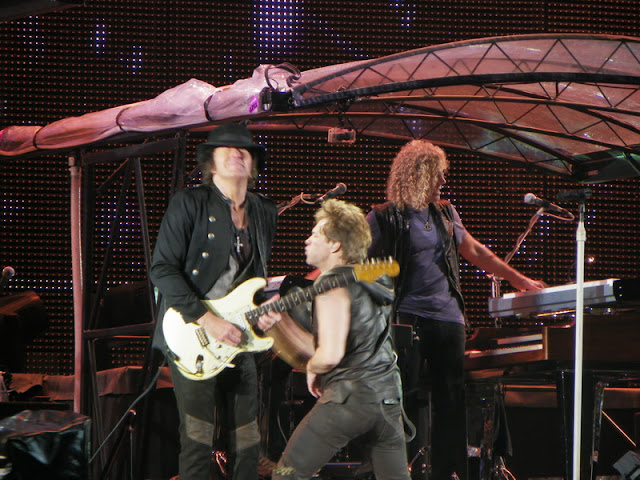 When the concert came to an end, the crowd dispersed peacefully, the city streets were flooded by Bon Jove  fans who were quietly going to their homes, hotels, etc. One could feel the positive energy everywhere and we were all impressed by the concert not only that night, but for many days afterwards.
Now that Zagreb is marked on a Bon Jovi map I hope it will be easier to get to Bon Jovi concerts in the future.  You’ve probably heard about rock n roll damnation; the more concerts you see more you want them in your life. 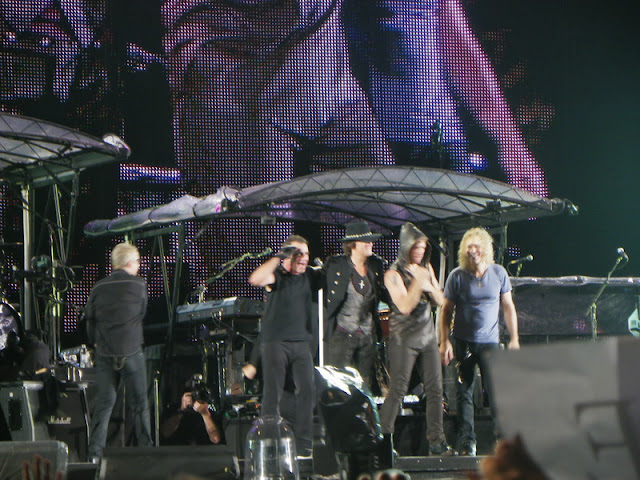 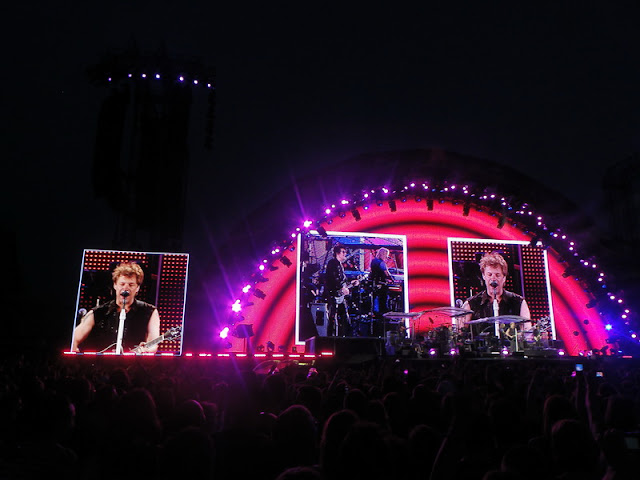 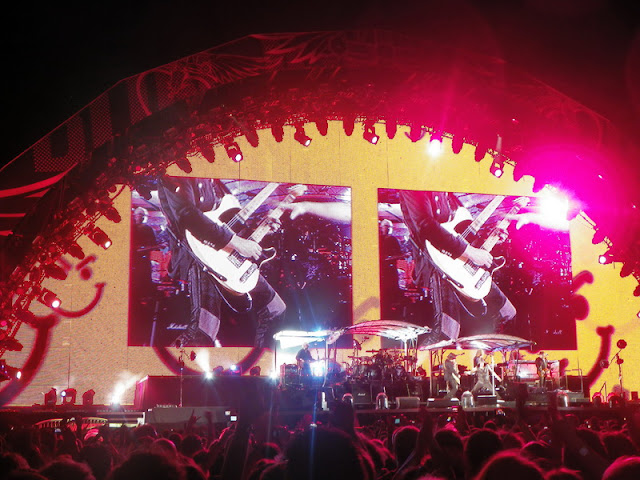 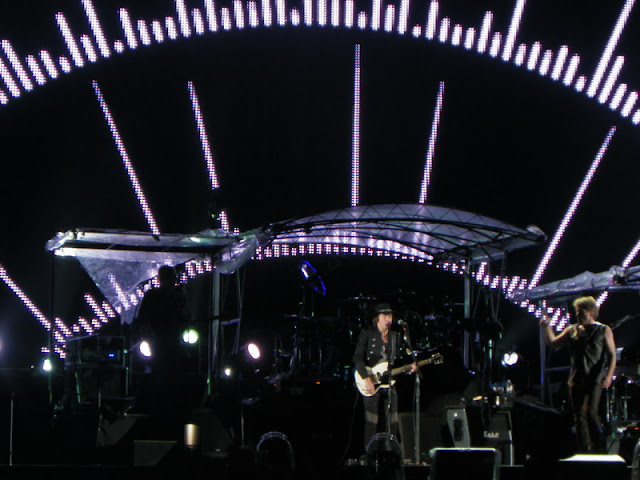 If you like this pictures, in Photos you can find all my pictures from this  concert.
Objavio/la MarkGordon u 23:48 Nema komentara:

Everyone knows that music is my life. I love all kinds of music (OK not ALL), but you can see from these enclosed concert tickets what kind of music I prefer. The most important people in my life are music fans too and listen to it daily which enables us to talk about music constantly and that makes me so happy.


These are images of tickets to concerts where I was fortunate enough to be. I hope there will be more good concerts in my life that I will be able to share with my loved ones. 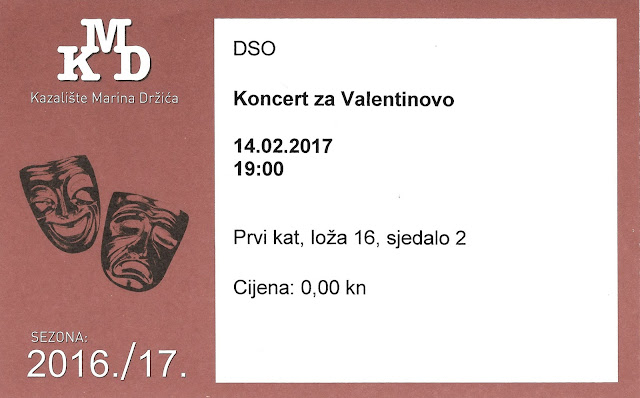 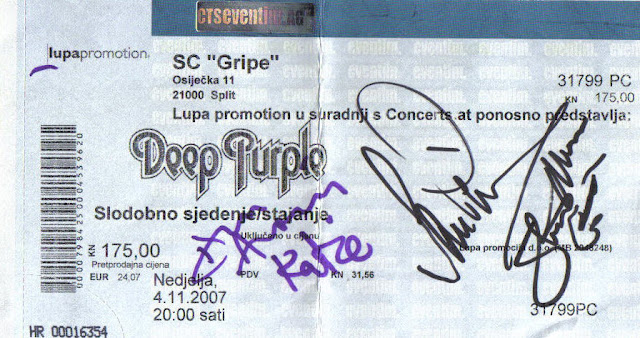 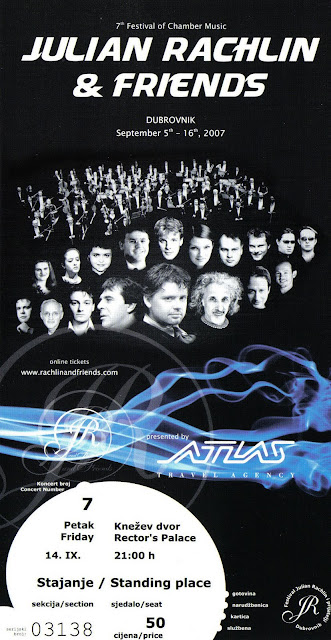 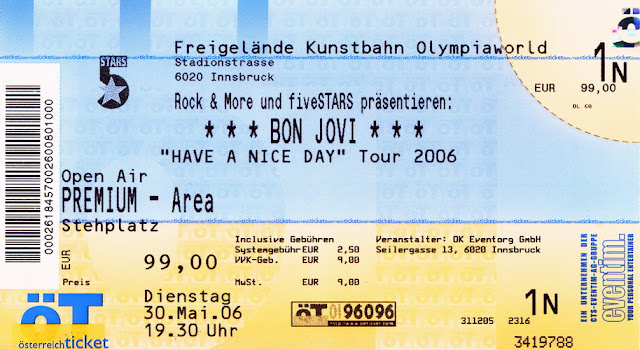 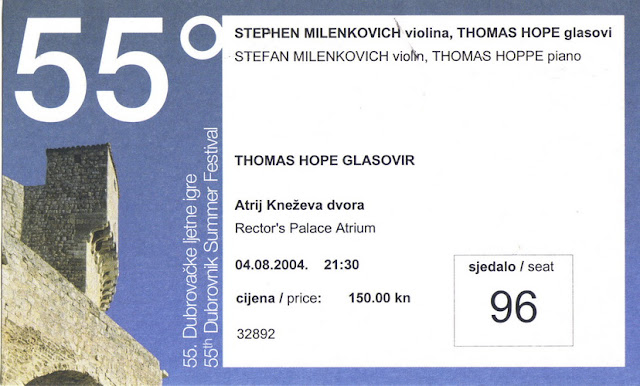 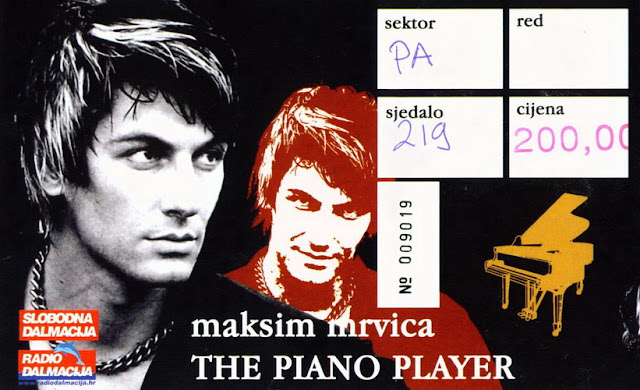 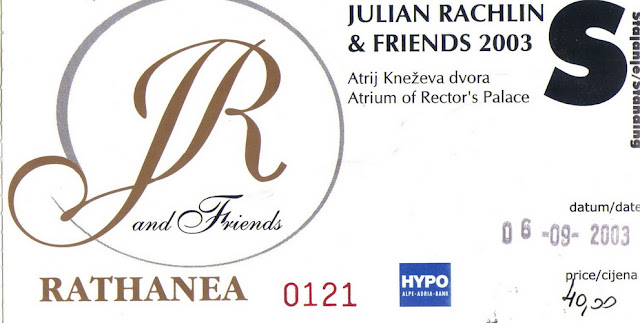 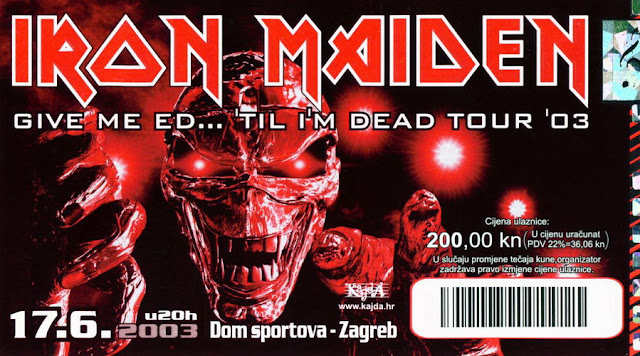 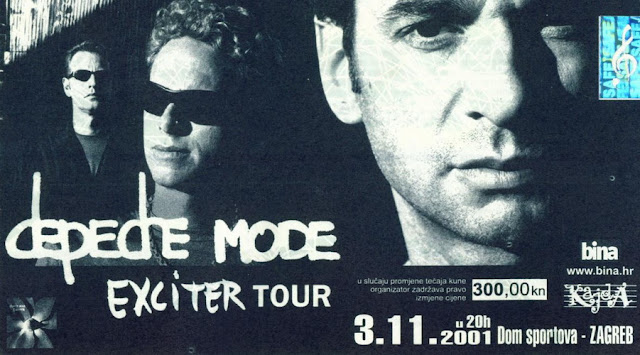 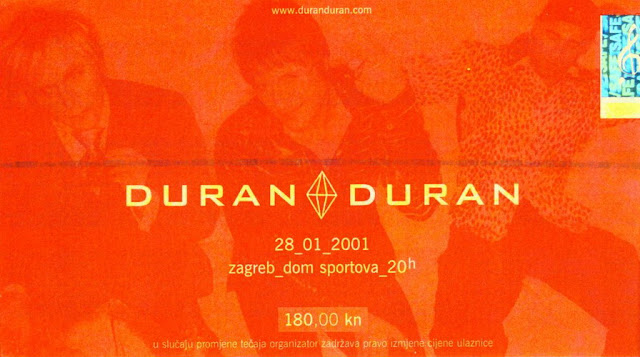 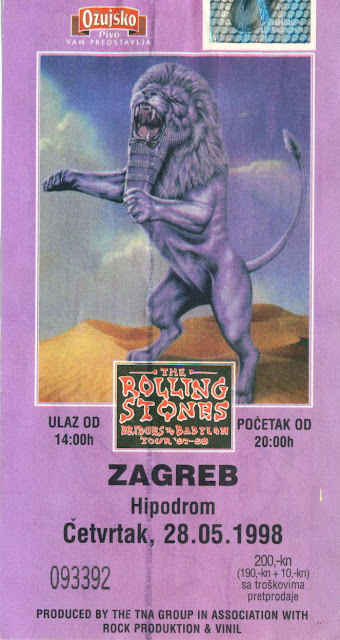